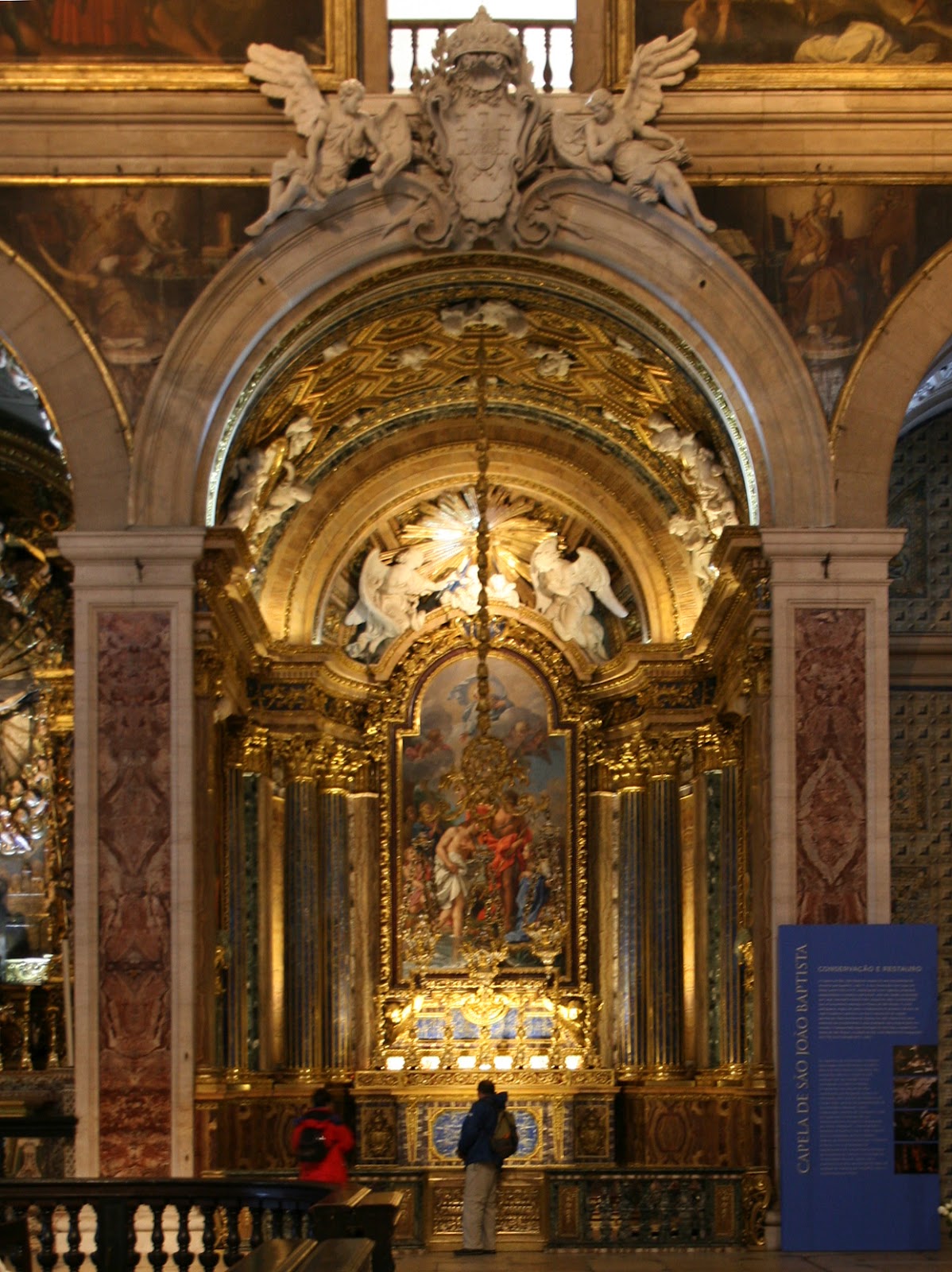 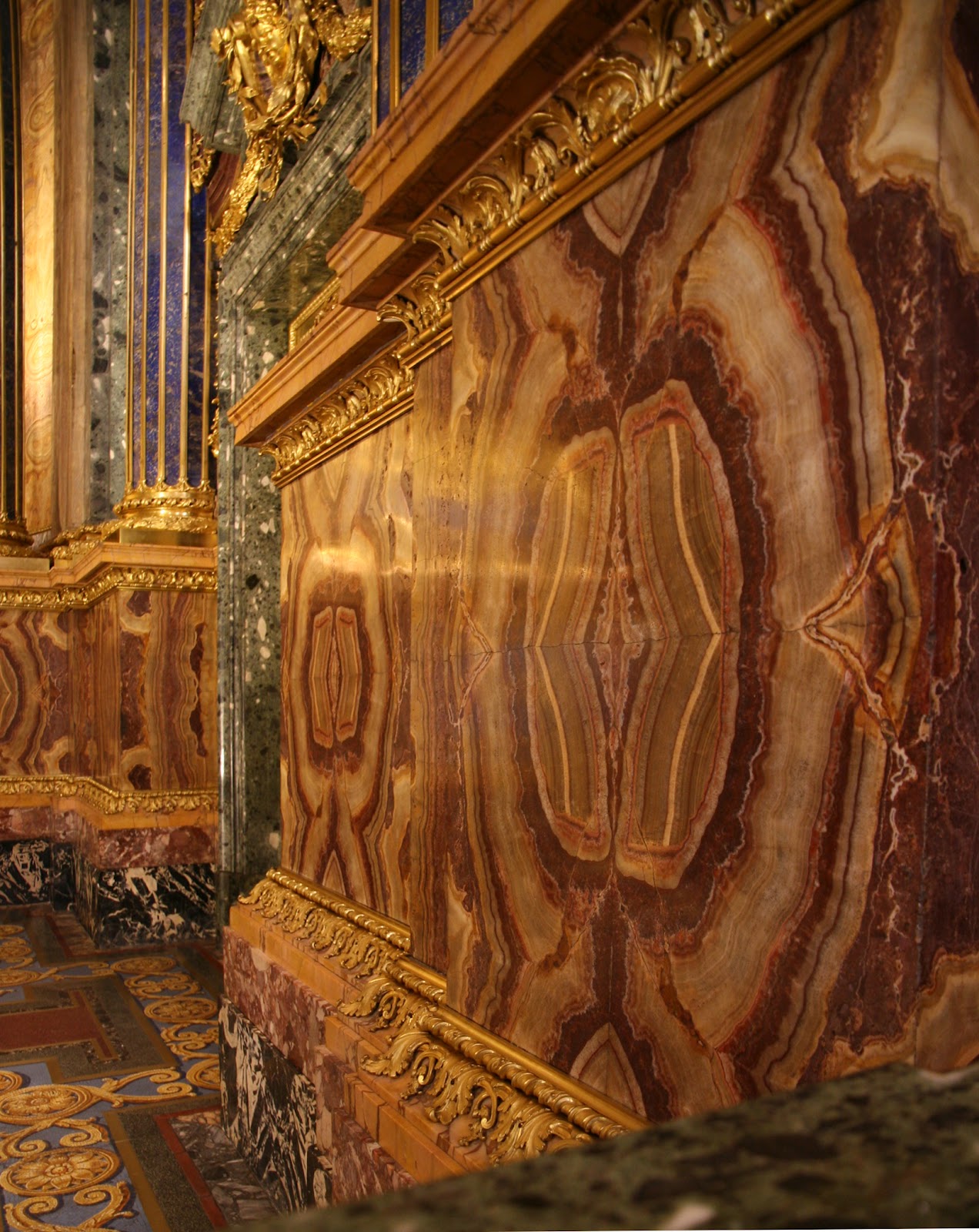 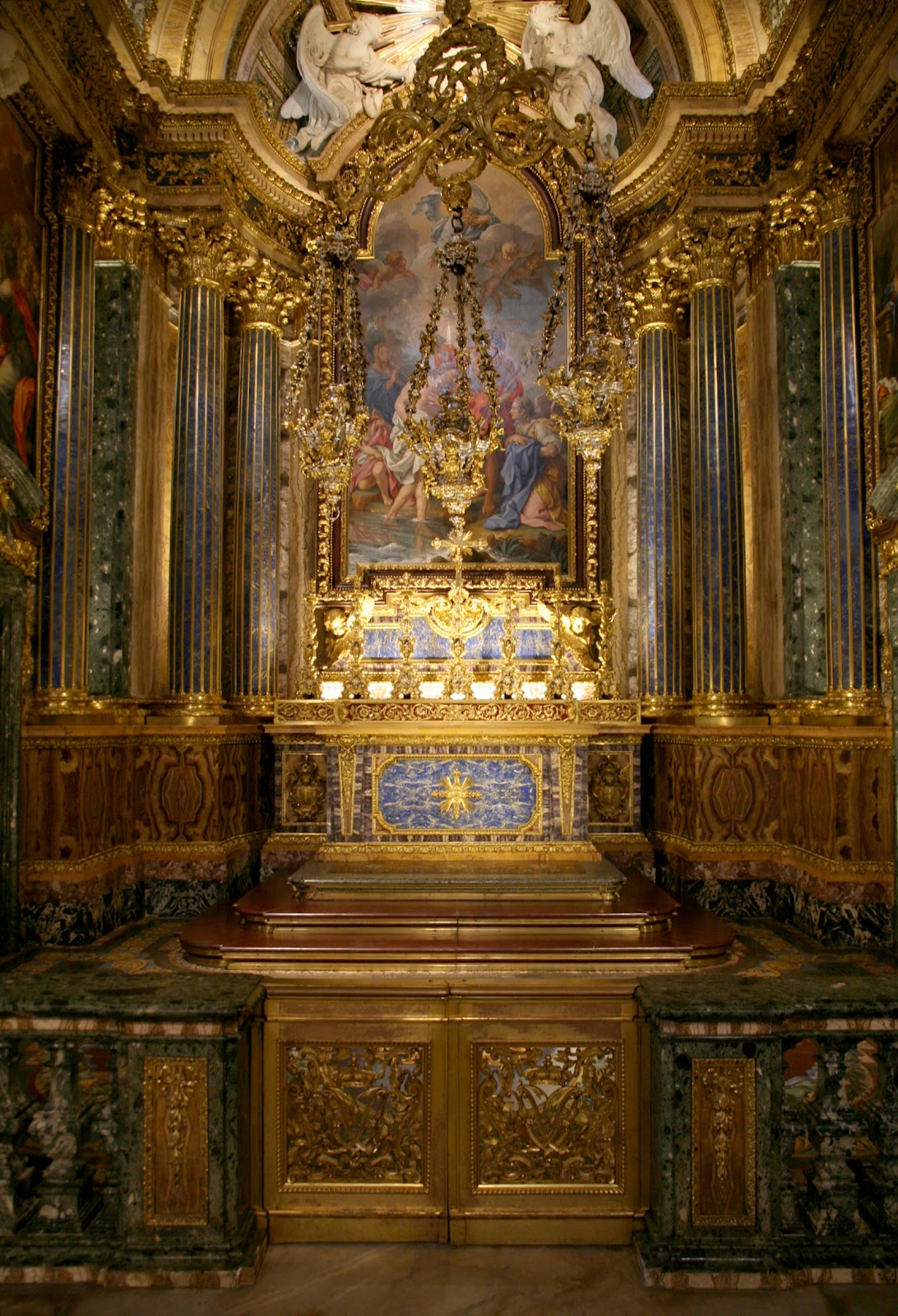 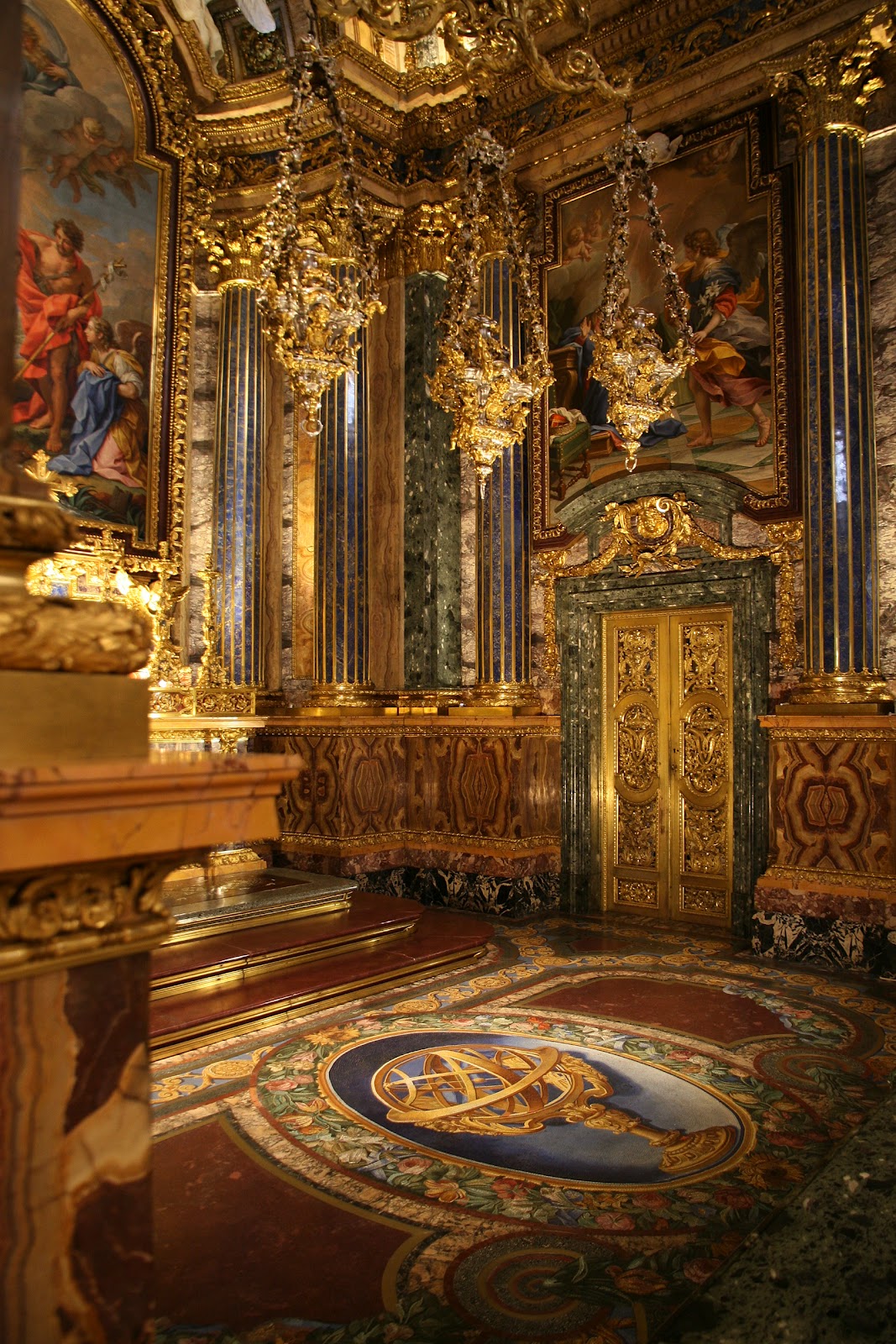 Capela de São João Baptista, Igreja de São Roque, Lisbon.
The church is the Portuguese “shoe-box” or “living room” type, with adjacent chapels. One of these was made in Italy – already at the time, taste was being exported everywhere. So a scale model was built, approved by the King, and years later the whole thing arrived disassembled in Lisbon in crates, a bit like an impossibly upscale Ikea closet. The design architects here were Luigi Vanvitelli and Nicola Salvi, with direction from the Italianized German Ludovice, who was working in Portugal at the time – the late 1740s. Besides the gilding and bookmatching of the stone, the architectural layout of the chapel is a fully mature Roman Baroque (albeit already in its more rigid later form) and looks especially sophisticated when in comparison to its crude local counterparts.