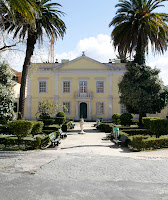 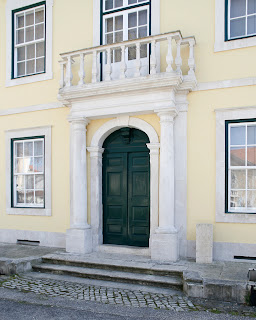 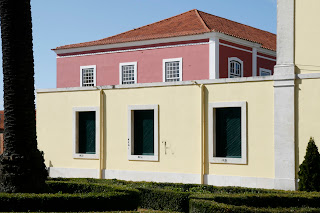 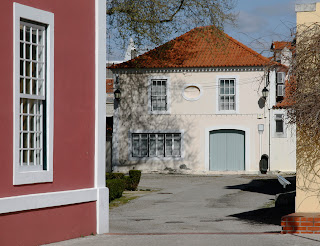 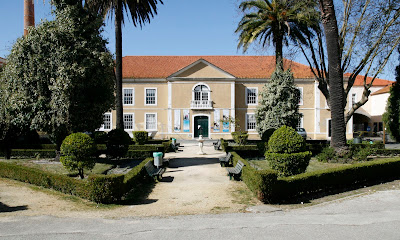 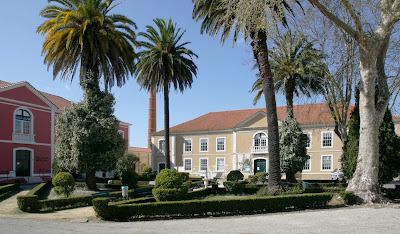 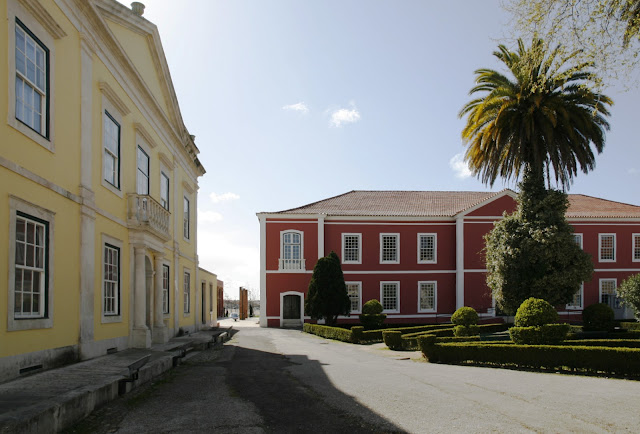 The British Industrialist William Stephens established himself around Lisbon during the 18th century. He became known for producing glass, and brought to Marinha Grande, near Leiria, foreign skilled labor to work in his factory. He must have also brought an architect or two, as everything built is in the British Palladian style. The architectural compound encompasses his own house, offices and factory. As in the Bahamas across the ocean, the severity of the architecture is made smoother, infused with the local colors and vernacular details. It is sadly semi-abandoned, waiting for funding to turn it into a museum like so many projects in the country today, but the exterior is still charming and surprising.